gold weed and do something once 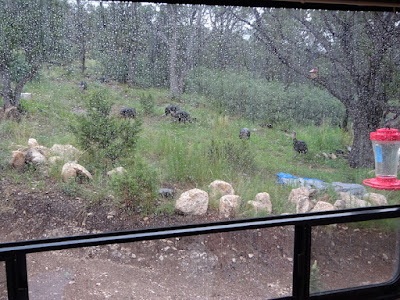 It’s been raining quite a bit. 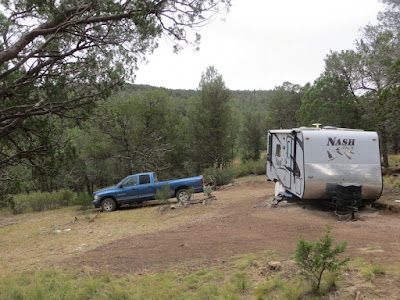 I moved this photo from last month’s page to here, to compare 2017 to now. (taken back in 2017 when I first dug a flat spot to park the Nash, looking south) 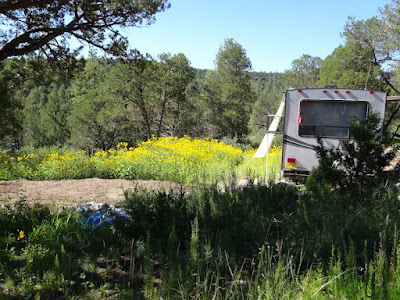 This is the same shot as it looks now. I extended the flat area out 22’ from the side of the Nash. Used logs, thick limbs and dozens of wheelbarrow loads of rock and dirt.
The dirt in front extends to the left anther 12-15 feet and is the spot where I park the Nash when I get back in March. The large back window faces east. Built up the same way.

Golden crown beard (thanks, Lynn) has a hold here. Not pleased about this. It seems like another of this flowering plant’s name, gold weed, is more appropriate. The first four years I’ve been here there was no gold weed. Last year it took over the flat spot.
From Wikipedia, “The species responds strongly to disturbances on suitable sites and retards the development of other local species.” Guano.
I took this photo last month. Since then gold weed has invaded 4 or 5 times that area. Big problem. Should have started with eliminating most of it this summer but I was pretty busy. If I have to spend next summer here, I’ll do something about it. Might not be healthy. 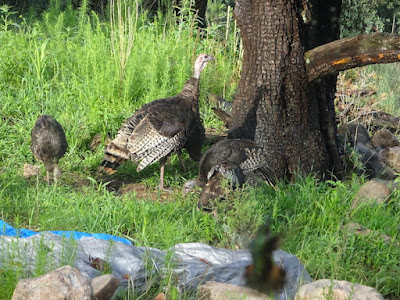 I value the philosophy of do something once, move on and don’t look back (once can be 5 years or more). I wish I had the commitment to follow it.


“The way to true happiness in life is to love what you’re doing,
not how well other people say you’re doing it.”
I came across this line in a paperback
Table of Contents

v3d27mt6ia said…
It represents one of two normal methods (3D printing know-how like SLA, SLS/SLM, and FDM being the other) to generate prototypes from a digital software file. Engineering Space Heaters and prototyping firms can use CNC machines to mill and process various supplies, together with wooden, metals, and plastics. Computer numerical management machining presents a variety of capabilities and operations, from drilling, milling, and lathing to 3D printing, laser cutting, and metalworking. Let’s review a number of the} common types of CNC machines available on today’s market. Key manufacturers repeatedly focus on to} R&D to improve their product portfolio with advancements in the world machine market.
December 27, 2022 at 4:45 PM