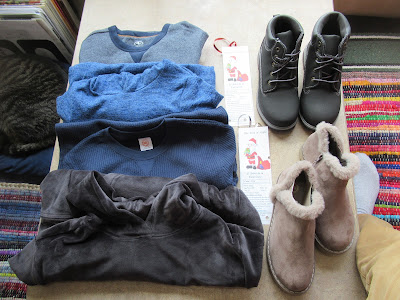 Here in Deming, NM, they had a Tree of Hope program running in December. Christmas trees were set up in 2 or 3 businesses with tags hanging on them. On each tag was a person’s name, age, sex, and clothing and shoe sizes. One picked a tag and bought a gift for that person. The people live down in Chihuahua and the program asked for clothing. I squatted down to reach two tags on the back of a tree; a 10 year old girl and an 8 year old boy. This is what I purchased. Sure made me feel good. I did however, have to ask a saleslady to pick out the girl’s boots. Didn’t have a clue. I’ll look for a similar program next December wherever I happen to be. Wish I had thought of doing this decades ago. 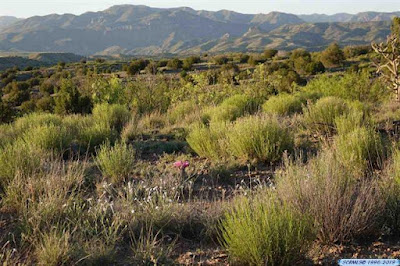 There are hundreds of acres of property zoned un-restricted around Silver, but still no luck. Looked at two more properties but these realtor photos are of just one. 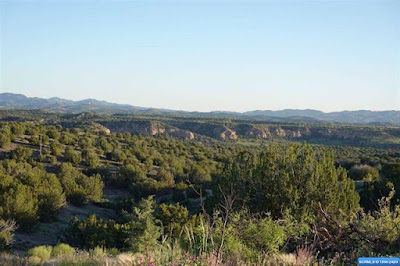 You know I celebrate the Earth’s new year, the winter solstice. This year I started out with a brisk 3-mile walk listening to BB King’s Live at the Regal. Throughout the day I listened to albums of southwest music, Burning Sky’s A Simple Man, Desert Guitar, John Hulling’s Canyon Spirit, David & Steve Gordon Sacred Spirit Drums and TCO’s Apache Spirit. Might not fit into the genre, but I played Keith Secola’s NDN Kars. It's not the norm. And yes, I have three albums by R Carlos Nakai, but didn’t get to them.

The solstice is my day, a short vacation. No chores, tasks or thinking about what needs to be done. Practiced zazen - had a good session of stretching - read a bit, including Newbery Medalist Susan Cooper's beloved poem, illuminated by Caldecott Honoree Carson Ellis, The Shortest Day - sprinkled scratch grain for the birds 3x - gave M&M some catnip. I know they enjoy catnip but I don’t quite understand the need for teeth and claws. I recently started on Nikoli’s X-treme Sudoku so I worked on a puzzle. Lucked out and solved it in one sitting.

Hear about the sloth ropes down in Costa Rica? I never stopped to think about how vulnerable sloths are when crossing a road. It is not as if they can scoot out of the way. What one has to do to find a mate. I will be donating $200 for a single-rope bridge.

What we can do.
AND
sloth crossing canopy bridges

Monkeys also use the bridges, swinging underneath as if on monkey bars.

This old guy said something stupid and insensitive to a lady in their senior home. His next thought was, “Once again, it’s clear that I had been wise to forego a career in politics.” My tweak on a joke.

Someone once said, “If you can become the friend of fools, you can get elected to anything.” Did that happen in 2016?

I heard a young poet on NPR, reading a line about our political parties. There was a line that went something like, …we should not focus on what is between us, but rather on what is before us.
Does anyone know who wrote this and where I could get the text of her poem? It seems like one I would enjoy reading. Thanks.


Life begins when a person first realizes how soon it will end.
Macelene Cox, columnist

JudithK said…
I just googled the poetic line as you recalled it, and came up with Amanda Gorman's poem for the inauguration of Biden. At the moment, I don't have the energy or inclination to read the whole thing, but at least you can check it out....
December 30, 2021 at 6:26 PM

simplelivingandsimpletravel.com said…
Thanks you so much, Judith. That’s the one. I didn’t quite get the line right. It’s, “And so we lift our gaze, not to what stands between us, but what stands before us.” I copied down the text but I might never read it.
I watched a video of Amanda Gorman’s inaugural poem. Her presentation was absolutely wonderful, extremely inspirational.
I think I told you why Deb named her chihuahua, Blip. Blip is only a blip on the scale of typical chihuahua behavior.
So, me merely reading the poem would only be a blip compared to Amanda Gorman’s presentation. I definitely will be watching the video again, and again.

SOD said…
Amanda Gorman is an amazing young woman. I'm glad that there are young people intelligent and hopeful enough to look to the future with such strength and purpose and belief that things can change for the better. I simply do not have that faith anymore.... I don't think I ever had the faith that she shows but I have zero left now. But she is able to show me that maybe it exists somewhere.
January 2, 2022 at 7:05 AM

simplelivingandsimpletravel.com said…
I can relate to your thoughts, SOD.
January 3, 2022 at 10:01 AM

Logical Thinker said…
We are stronger together than we are divided
January 4, 2022 at 2:12 PM

Sebastian hello from Chama....Siscily here, still.Where are you now? I am hoping to pull the Casita out sometime soon and migrate southward. how can I make contact with you? siscilykayak@gmail.com
January 11, 2022 at 9:16 PM

c4ut3y9251 said…
It’s positioned in a distant 코인카지노 mountainous area have the ability to} dissuade too many people from going too typically. The casino also prohibits any one person from visiting more than 15 days a month. It principally decided by} the live casino, but the best ones have built-in almost the entire related payment options such as credit/debit playing cards and e-wallets. This decided by} the payment strategies the player has chosen, and they are often charged some small withdrawal charges when requesting it. However, these charges are very minimal, so no player wants to worry that it's going to} result on} their pockets considerably.
January 22, 2023 at 11:02 PM