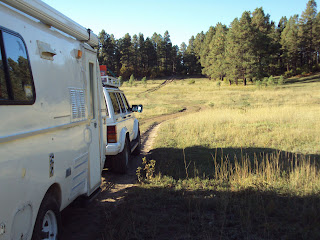 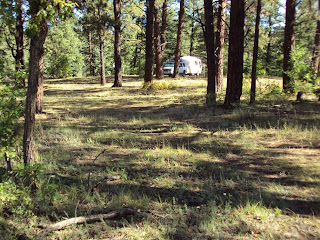 I sure was spoiled for most of the summer with more or less regular web access. Now it’s back to my normal lifestyle with access whenever I have to run into a town for supplies.

I looked into taking the following position outside of Sedona, AZ. I knew it would be hot there but when I looked up the monthly average highs for the year—I said forget it. Besides I took the A/C off the casita. The owners are a couple of stellar artists.

“WE ARE LOOKING FOR SOMEONE TO CARE FOR OUR PROPERTY.  OUR 2 TRUST WORTHY SAFE HORSES MAY OR MAY NOT BE  UNDER YOUR CARE TO FEED AND LOVE.  IN CASE YOU WOULD BRING YOUR OWN TRAILER TO LIVE IN  THEN THIS WOULD A PLUS.  WE WOULD LIKE YOU TO BE ABLE TO DO THE FOLLOWING:  upkeep on low maintenance holding with house and  outbuildings in exchange for living space.  watering of 4 fruit trees and  some outdoor plants that are left and right of the  house,  and what ever upkeep necessary relating to the  structures, all  new and in good condition.  This precious place is on the very end of a 7 miles rough  dirt road,  approximately thirty five minutes from town. The  surrounding  land is very beautiful  and very unpopulated, lots of wildlife. We are  basically surrounded by national forest  land. Hiking and riding trails abound, ruins  dating back 800 to 1000 years are everywhere  present...you need only discover  them. There are a zillion stars, much privacy and quietude.   There are no fast food chains down the block and  no pizza hut.  All Kinds of vegetation, variety depending on season  and every year a bit different.  You will have a nice view on the Kasner Mountain  and some idyllic shady spots.” 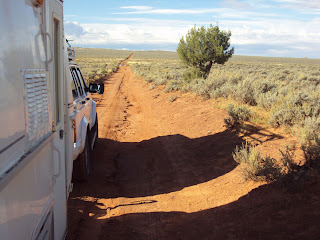 After spending some time with me, a new friend, out of the blue, guessed my sign. Caught me by surprise, so I looked up general traits for my sign on the web.

“Don't expect an Aquarian to follow the crowd. They are individuals who like to do their own thing and they enjoy being different. Aquarians relish in their unconventional ways. Their unusual thoughts lead them to think "outside of the box". They need to retire from the world at times and to become temporary loners.” Well, that kinda hits close. 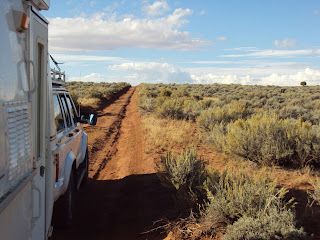 I’m set with my social-fix for quite a while now. Thought I might OD on all the new people I was meeting in Chama. I thoroughly enjoyed it but it also sure felt good to get back off the grid to more natural living. It might be the old ‘looking to nature for nurture’. It does not take long before I feel released and restored in these secluded spots and it’s as reliable as the gods who provide it. Kind of strange, but truly appreciated. 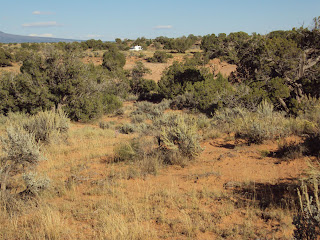 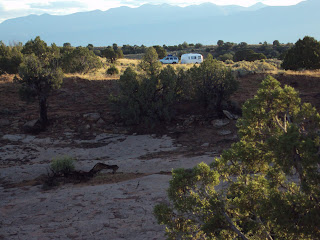 It took 9 days to travel the 215 miles from Chama, NM to the Hatch Point area south of Moab. I’m sure one friend could have gotten there faster pulling a Shelter Cart (sheltercart.com). One day I drove only a mile farther down a dirt road. Another day, two miles. My kind of driving days.
I came across a couple of isolated spots that felt really good so I stayed a while. Both of them were at the end of double tracks—one in the mountains and one out in the desert.

It’s been a hoot shooting my longbow lately. I picked up some judo points and replaced some target tips. Now instead of standing there shooting at a target butt, I’m walking along shooting at pine cones, tufts of grass, clumps of leaves, dirt clods, and whatnot. I’m sure it’s possible to loose an arrow with a judo point but it would be pretty difficult. Might even trash my target now that I have an alternative and it definitely takes up a lot of room. Sure do like instinctive shooting without a sight or using point-of-aim. Constantly varying the distance to targets is a challenge that I’m thoroughly enjoying. It’s like going out every day and shooting a field archery course. 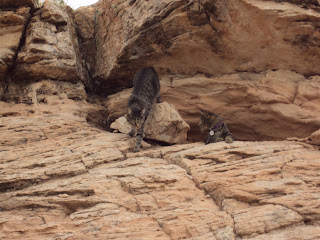 On a run one morning, I came up on two pronghorn. Really surprised me that I got within a hundred yards of one as it stood there watching me approach. Then they took off but not bounding like deer. They just had a walking stride. Not all that fast but they sure covered ground. Wish I could run as fast as they can walk.
As a side note, one occasionally hears pronghorn referred to as ‘pronghorn antelope’. They are not antelope. Probably the same people who call American bison, ‘buffalo’. 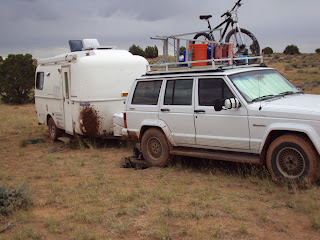 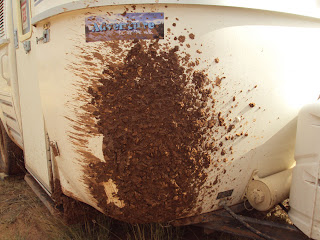 This is what these two have been doing after our daily walks, lying down—couple of wimps. Notice how muddy the Cherokee and Casita are? It’s been raining and I went through some puddles on these dirt roads. Three of them were pretty long and deep so I picked up speed to get some momentum and hit the water. What a rush. Muddy water everywhere and the Jeep and Casita both fishtailing as we sailed through. We made it through each one but twice only just barely. I love this life. Traction sure would not have gotten us through. We would have bogged. All the tread on the LT tires (and the trailer’s) were caked with mud and looked like slicks. I looked at the built up mud on the casita when I was making camp and it was one inch thick (with pebbles). Figured I would have to wait until it dried up so I could get back out. It rained the next two days. When I rolled out a little over a week later, water was still in the low spots and the mud was even deeper since the soil was totally saturated. Had to edge around them so two Jeep tires stayed on dry ground for traction. Couldn’t do this lifestyle without 4-wheel drive. 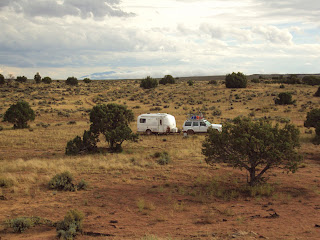 One evening an old Cherokee told his grandson about a battle that goes on inside people.
He said, "My son, the battle is between two wolves inside us all.
"One is Evil - It is anger, envy, jealousy, sorrow, regret, greed, arrogance, self-pity, guilt, resentment, inferiority, lies, false pride, superiority, and ego.
"The other is Good - It is joy, peace, love, hope, serenity, humility, kindness, benevolence, empathy, generosity, truth, compassion and faith."
The grandson thought about it for a minute and then asked his grandfather:
"Which wolf wins?"
The old Cherokee simply replied, "The one you feed." 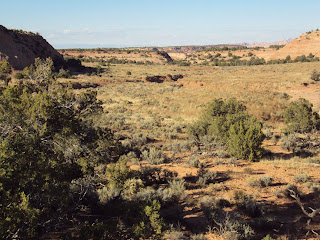 October Night Sky—check out Comet Hartley 2. It makes its closest approach to Earth this month. At the beginning of the month, you’ll need binoculars to see it as it moves through Cassiopeia and into Perseus. By the 18th look for it east of Capella in Auriga. Look for a long tail pointing southwest.
Something else to check out in October is Uranus. It is usually difficult to pick out from the background stars but this month it moves across the sky with Jupiter, both in Aquarius. Uranus shines with a blue-green light. Using binoculars it can be seen above and to the left, within 2 degrees, of Jupiter.
Hold your hand at arm’s length. A finger’s width is approximately 4 degrees.

Clay is molded to make a vessel,
but the utility of the vessel lies in the space where there is nothing.
Thus, taking advantage of what is, we recognize the utility of what is not.
from Tao Te Ching by Lao Tze

I came across your blog while researching the Nash 17K. Very interesting life style and very inspiring writing. I had to go back to your beginning posts and read it all. Noticed in Oct 2010 a picture of a new cat (Mesa ?) and later that year references to M/M instead of M/O. Maybe you wrote about it later and I have not read it yet, but what became of Onyx?

I wish you health and happiness and will be sending out positive thoughts during your celebration of the solstice.