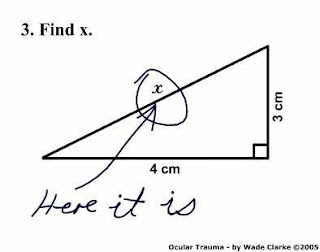 Not quite what the teacher was looking for.

Platitudes and advice, even when said with good intentions, can come across as dismissive, reducing a good deal of pain to empty one-liners. When I hear the occasional empty platitude, I really have to bite my tongue. If I do not know what to say—that is what I say. At least the person knows I stopped to think, rather than throw out a standard response. Be more aware.

A coffee sleeve is called a zarf. Might help in scrabble.

I met someone the other day when I went out to spread scratch grain for the local quail. The lady was sitting on a low stone bench. I didn’t initially notice that she was holding a leash nor did I see a pet. Then out from under the bench came Dragon, a Bearded Dragon. Dragon came from a shelter. A shelter—I’m thinking cats and dogs, and this lady comes out with a lizard!? After a bit, Dragon walked over to my shoes. A friendly dragon? Way cool. Dragon and Albert, a cat, get along well in their RV. Stuff like this always gives me a chuckle. Sometimes I love the unexpected—and sometimes, not. 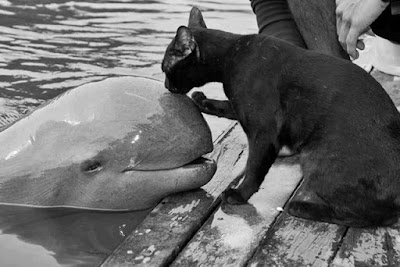 One from Dianna’s folder.

Muscle loss is a natural part of the aging process (sarcopenia). Low muscle mass can make one feel tired, cause balance problems and increase the risk of falls.
Just like strength, balance declines with age. And with a loss of balance comes an increased risk of injury and loss of mobility. But strength and balance training can improve ones ability to stay centered and stable on your feet. There is a huge relationship between balance and strength. As I say, the ball is in your court.

I recently listened to, The Art of Racing in the Rain. I liked the balance.

I’m almost finished with Michelle Obama’s Becoming. I learned early on that I needed to stay focused. A sentence caught my ear that I found insightful and would take further thought. I wondered how many such sentences I had missed. It was almost like a one-sentence tangent in the middle of a paragraph.

I also listened to Bill Clinton and James Patterson’s, The President is Missing. Thoroughly enjoyed the thriller. Moved right along and kept me hooked.
I think it was the last scene in the book where the ‘President’ voiced some thoughtful words. I’m not putting them in quotes because I’m not sure if I got all the words right. But, the following words are not mine.

Mainstream media coverage from right to left needs to be more straight forward. We need to move away from extreme media. To outlets that offer more explanation and fewer personal attacks.
At the end of the constitutional convention, a citizen asked Benjamin Franklin, What kind of government our founders have given us? Franklin responded, A republic—if you can keep it.
No president can do it alone. It is up to all of us to keep it and make the most of it.

I do an awful lot of reading. I often have three or four books going at the same time, one or two paperbacks, one or two ebooks and an audiobook. I would imagine shifting gears between the stories is stimulating more of my brain cells. Might be wrong, but don’t think so.

Still doing a daily Nikoli sudoku puzzle. At times, a puzzle will take me more than one sitting. Working on a puzzle is a break from all that I do throughout the day; it’s immersive. I even occasionally smile when I sit down and reach for a Nikoli book, pencil and click-eraser. Simple pleasures.

A journey of a thousand miles begins with running back in the house for something you forgot.

Had to FedEx my Macback Pro for a second repair. Now it is back and I’m hoping it will stay back. I’m never near an Apple Store, so I miss the easy way to have repairs done. Bummer.

The wife said, ‘I love you just the way you are. Though I do have a few suggestions.’

It finally dawned on me that I’ve been sleeping on this mattress since 2013. Way past time to flip and rotate the mattress. Noticeable improvement.

Might someone laughing after they are finished crying be the human equivalent of a rainbow?


I tell everyone not to retire, but to rewire.
Dr. Ruth Westheimer

JudithK said…
Yes to the reporting of news. I find myself going to AP or Reuters....just the facts please. Glad to see you are perking along.
January 31, 2021 at 5:37 PM

simplelivingandsimpletravel.com said…
This comment has been removed by the author.
February 1, 2021 at 7:18 AM

simplelivingandsimpletravel.com said…
Thanks, Judith
February 1, 2021 at 7:42 AM

MdmLibrarian said…
Lots of chuckles in this one! Thanks. We need to keep finding amusing distractions during these stressful times.
February 15, 2021 at 8:57 AM