tucked away in the mountains
with felines and birds


Maybe it comes from living alone with two felines, but I often find myself verbalizing my thanks when I’m out hiking and come across a stellar scene, the song of a bird, a strong scent, or a stream where I can cool off. I’ll pass on relating the things I say but you might want to try it. It also brings me back to the present if I’m off daydreaming. Can’t quite bring myself to do it yet, if I’m hiking with a friend. A few think I’m strange enough as it is. But then stopping to think for a minute, a few of my friends are pretty strange and probably no doubt wonder why I’m not doing so. 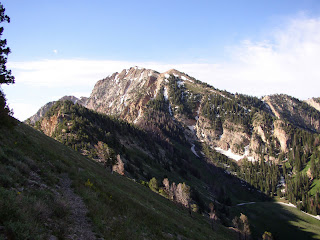 The earth can seem fragile and I truly believe that we are trashing it with the all too prevalent screw-the-grandchildren mindset. We are here for such a short span of time and it absolutely rots how we are destroying it. We’ve done more damage in the last hundred years than in all previous years combined. Maybe one reason I like to get so far off the asphalt is that occasionally I get to feel otherwise. When hiking up in the mountains, the earth doesn’t seem weak. The land has strength, vitality, and resilience. The earth does not feel like it’s going to shatter. I know it is only an illusion but I really need to experience this from time to time. Different strokes, but I do feel a tug to the mountains (& desert), as they say, ‘a call to nature’. In the mountains one can get a sense of restfulness that only Nature can bestow. Mountains can give shelter and sustenance and beauty all at the same time. That’s awesome.
Being off the grid, out in Nature—it’s easier here where only the fundamentals count.

When I first set up an isolated camp spot in a new area, I feel somewhat out of place—I don’t quite fit in. After a few days this changes and I start to feel at home. Day hikes let me find out about outlying areas and evening walks with Meadow and Mesa have us exploring all around the immediate area. The local wildlife start to take us in stride. It does not take long to learn their habits and routines, occasionally even recognizing individuals. I also notice that a lot of animals seem to be curious about domestic cats and come in for a closer look. The animals don’t seem to feel anywhere near as uneasy around the felines as they would if there was a dog in camp. The days become more comfortable and I often find myself putting off the day that I had planned to roll out. Sure am enjoying this lifestyle.

Presently I seem to feel best when I can find a secluded camping spot near a trailhead. If it’s a trailhead to a network of trails, all the better. The more time I hike in the mountains, the more I seem to enjoy hiking in and of itself. I was never into hiking when I was primarily a trail runner. Now it’s something like, slow down and smell the roses. I like a good hike, though—4 to 6 hours with a 3,000’ to 4,000’ elevation gain feels pretty good. It seems strange, but being alone up in rough terrain eventually lends a feeling of security. Maybe that’s one reason I like felines—for their self-sufficient independence. Being out in Nature, making use of Her fitness program, watching the local animals, coming across water, traveling the varied terrain, just plain hours in the Outdoors using my legs to get around, being away from my camper—it cannot get much better. Rock and sky—pretty simple—but often that’s best.

There are some good primitive campgrounds in the national forests but I stick to tucked away camping spots off the spur roads and I generally manage to come across some really nice places. A couple times I’ve gone a week or more without seeing anyone from my camp. From time to time I come across other hikers on the trails and have enjoyable talks to take care of my social fix. Just about perfect. 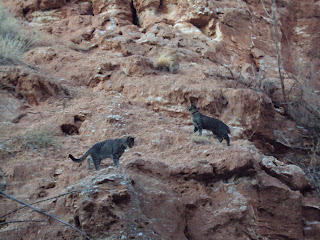 I was standing outside one evening. It was getting dark but the sky was still somewhat light. There was a medium size bird out a ways, flying slowly about fifteen feet off the ground. For some reason the bird turned and flew towards me and I saw it was a small owl. She flew by real close and I did not even hear a whisper of sound. She circled around and came back a bit off to the side, flapping her wings and I still could not hear anything. Awesome. I’m really surprised and pleased with all the wildlife encounters I have with this lifestyle. Don’t know why the owl came over in the first place. Maybe she just never saw a two-legged creature releasing excess fluids from its body. (^_~)

Silent flight gives owls the ability to capture prey by stealth, and also allows the owl to use its hearing to locate potential prey. The most unique adaptation of owl feathers is the comb-like (fringe-like) leading edge of the primary wing feathers. With a normal bird in flight, air rushes over the surface of the wing, creating turbulence, which makes a gushing noise. With an owl's wing, the comb-like feather edge breaks down the turbulence into little groups, like micro-turbulences. This muffles the sound of the air rushing over the wing surface and allows the owl to fly silently. There is also an alternate theory that the leading feathers actually shift the sound energy created by the wing-beats to a higher frequency spectrum, where most creatures (including prey and humans) cannot hear. Either way, owls are truly awesome night hunters.

Another bird I really like is the raven. Ravens have a distinct sound to their wing beat and whenever I hear it, I look for the bird. Once I looked up and there were two ravens flying close to each other, maybe 4’, while they were diving, swooping, and climbing as they flew by and past as far as I could see. WAY cool. Imagine being able to do that with the one you love?

November Night Sky—part of this constellation makes a large square. It is a major reference point for navigators. Two of these stars are very close to the line that marks the starting point for telling time and for pinpointing locations in the sky and on the planet. Care to guess?
Pegasus is the Winged Horse. For navigators and skywatchers, the ‘Great Square of Pegasus’ is a key corner of the sky. The line from Algenib through Alpheratz is very close to the line that marks the beginning point for mapping the whole sky. This is the ‘0 hour angle’. It helps navigators find the direction and location of everything else in the sky and on earth. Alpheratz is the zenith star on midnight of the first day of fall (directly overhead).

Nature is man’s teacher. She unfolds her treasures to his search,
unseals his eye, illumes his mind, and purifies his heart;
and influence breathes from all the sights and sounds of her existence.
Alfred Bilings Street, poet