year of the ox, a new trans,
and the worm moon 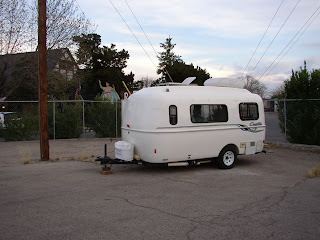 Not exactly my favorite dry camping spot. This is the year of the ox, my year, and it is not getting off to a stellar start. So far two chances to meet up with friends have both fallen through, the Cherokee’s transmission died, and my campground manager position for this summer will have my hours cut down from 40 to 20 a week. Maybe the gods are just playing around for a bit and the rest of the year will be fabulous.

On the way from Brantley to City of Rocks, the Jeep broke down in El Paso. All in all, not too bad since it could have died miles down one of the dirt road we frequent and quite a ways from a decent size town. Good Sam Roadside Assistance once again proved a worthwhile investment and had a tow truck pick us up and take us to a mechanic, without any charge. I missed out on a good photo of the Cherokee sitting up on the truck’s flatbed with the casita hitched to the back of the truck. Hope I never have another opportunity to take the shot. Just down the road from Jerry’s Automotive Repair was a library and a grocery store. There was even a decent place in back where I was able to stay in the casita. I also had Robin Hood standing there watching over me. Gave me some good tips on instinctive shooting with my longbow. AND from where I was parked, I had a wireless signal coming from the recreation center on the other side of the fence. Could have been SO much worse, even though the transmission set me back more than I will earn this summer. Three more years to collecting social security! Meadow and Onyx had to stay in for three days while behind Jerry’s. That’s a record for them and they were definitely letting me know how much they disliked the situation.

Planning to stop at Camping World in Anthony, NM and picked up a Fantastic fan. Since I rarely use the A/C and I’m generally dry camping, a DC fan seems much more practical so I’m replacing the A/C with the fan when I get to Bisbee. I had one of the fan vents in my fifth wheel and it was quite effective if the window openings where set right.

I’ll take a primitive site at City of Rocks for a couple of weeks and check out some of the local BLM lands for camping spots. Still don’t know where I’ll be staying when I get to Bisbee. Then I plan to take most of April and May to meander up through New Mexico and Arizona and check out various dirt roads in the National Forests and out on BLM land. I’ve sure been missing that type of camping this past winter but I was thankful to have electric for three months.

The March full moon is known as The Full Worm Moon. In this month the ground softens and the earthworm casts reappear, inviting the return of the robins. The more northern tribes knew this as the Full Crow Moon, when the cawing of crows signals the end of winter, or the Full Crust Moon because the snow cover becomes crusted from thawing by day and freezing at night. The Full Sap Moon, marking the time of tapping maple trees, is another variation.


Just remember, when you're over the hill, you begin to pick up speed.